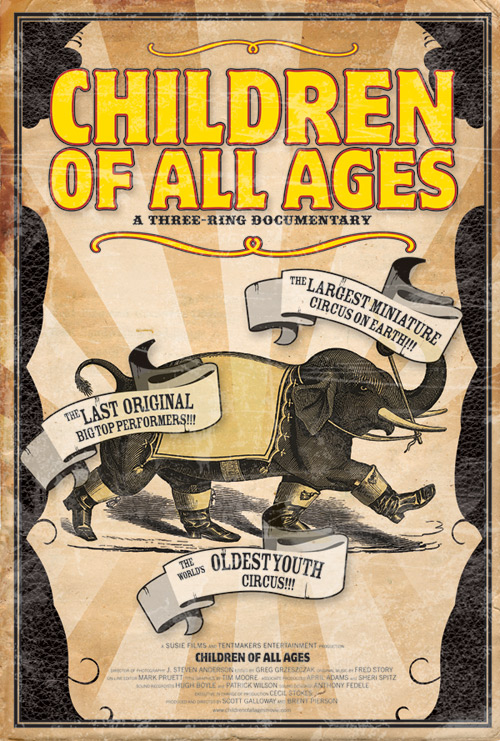 Children of All Ages is a three-ringed documentary that pays tribute in Barnumesque style to America’s most important entertainment form: The Circus.

The interviews are exclusive, the archives so rare many have never been seen, and the stories are absolutely amazing!

CHILDREN of ALL AGES